The Lotus.  Beautiful, yet slightly alien in appearance (due to the pollen producing seed pod in the flowers' center that resembles a shower head). An aquatic plant whose many petaled blooms rise above the surface of murky ponds, it's wide leaves also rising above the water.  A robust and aggressive plant, it has an ever so slightly similar appearance to another water growing plant.  A wide leaved plant that also has many petaled blooms.  The Water Lily.

While looking up some photographs of Lotus flowers on Google Images, I noticed the pictures of Water Lilies mixed in.  People mistakenly think that Lotus flowers are also Water Lilies, but the two flowers aren't related.  They are not even distant cousins.  Knowing that they are quite different wasn't enough.  As often happens with me, I was moved to look at the specifics surrounding the comparison of the two.

As you can see by the above illustration, their anatomy is quite different. However, they both do have two attributes that are pretty much universal among most flowers:  Petals, and stamens.  They both grow in fresh water, are both perennials (meaning they can live more than two years; thrive in the Spring and Summer, and then in the Autumn/Winter months they lose their leaves and blooms, to regrow and bloom in the next season), and they both like the murky and muddy waters of ponds, growing their roots securely into the muddy bottom.

I will start with the unique qualities of the Water Lily, as I have a lot more to write about the Lotus.  If you ask most people what a Water Lilly looks like, they will probably say 'a white flower that grows on top of the water, and has big flat leaves that frogs like to rest on upon occasion'.  They would be right, except that Water Lilies are commonly pink or white.  The blooms sit on, or very close to, the surface of the water.  The leaves that frogs like to sit on are appropriately called 'pads' because of their wide, flat appearance, and the way they lie flat on the water's surface.

Water Lilies can be found in the eastern regions of North America, Canada, and are native to the Amazon.  South America boasts what is described as a "giant" variety of Water Lily (called Victoria), that has leaves so huge and sturdy that a person is said to be able to sit on them (or a two-month old baby).  These huge Lilies also only bloom at night, the blooms having a thorny underside.

The Lotus and the Water Lily both grow seed pods.   The Water Lily pods grow once the blooms are spent.  A capsule shaped growth housing the 'fruit' or seeds develops.  With the Lily, pollination is not required for it to grow, so they can quickly over-take a pond.

The Lotus seed pods grow on separate stalks from the flowers.  The flowers' pollen pollinates the seed pods.  Like the Lily, Lotus plants are very aggressive. When adding either plant to your own pond, it is advisable to keep the plants in submerged pots so they don't go too crazy.

Many parts of the Lotus and Lily plants are edible.  The flowers, young leaves, and rhizomes (an underground stem that grows horizontally, and sends out shoots and roots) are all edible.

Lotus seeds are edible, can be eaten raw, or dried and popped like popcorn. (If the dried seed pods look familiar, they are a very common component of dried flower arrangements.)  All of the Lotus' parts are used in various Asian cuisines, and the roots are used in the making of traditional herbal medicines. The flower stamens are dried for the making of tea.  (It is recommended to not eat Lotus plants raw, as there is a danger of parasite transmission.)

Where the Water Lily stays low to the water, the Lotus does the opposite.  It's disc-shaped leaves grow above the water, and can grow as large as 35" in diameter.  It's blooms are larger than the Lily, and also grow upwards, reaching a distance above the water surface of anywhere from 3 to five meters.  They are indigenous to southern Asia, and Australia.

The rounded seeds of the Lotus are considered to be the oldest viable seeds in the world.  Seeds found in China were tested through the process of carbon dating.  Their age was said to be as old as 1,288 years, give or take 200 years. The seeds were successfully germinated in March of 1994, and are still growing.

The unrelated flowers are not so different after all. With so many similarities, it's interesting that these two flowering water plants are not from the same family.  It is obviously their similarities that add to peoples confusion.  Having satisfied my questions about the relationship, or lack thereof, between the Lotus and the Water Lily, I'm going to move on to the symbolic side of the Lotus flower, one of my favorite blooms.

The Lotus holds great significance in both Buddhism and Hinduism, and it was highly regarded by the ancient Egyptians. 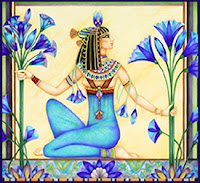 The ancient Egyptians looked on the Lotus as a symbol of creation/birth, and the Sun.  The Sun disappeared at night, and the Lotus was said to close and sink into the water until the next day when it would rise and reopen.  (I wasn't able to find much information to corroborate the act of closing and sinking under the water.  Lotus flowers slowly emerge and bloom over a three-day period. Then they open in the morning, and close in the evening.)  The Lotus also was associated with death, the "Book of the Dead" holding spells that were supposed to transform people into a Lotus, allowing them to be reborn/resurrected.

White and blue were the most common colors, and pink Lotus flowers were introduced during the late period of the civilization.  The blue Lotus was most commonly portrayed in hieroglyphics.  It was an integral part of the symbol for the unification of the two Egyptian Kingdoms.   The Lotus represented upper Egypt, and the Papyrus represented lower Egypt.  The two flowers being inter-woven, came to be the symbol for the bringing together of the two kingdoms.

The Lotus symbolizes many things to the Hindu.  Some of it's strongest associations are with beauty, and purity.  It also represents fertility, prosperity, spiritualism, and eternity.  The white Lotus is most commonly represented, with many Gods and Goddesses being linked to it.  A couple of examples follow:

The Goddess Lakshmi appears atop a fully open Lotus (either standing or sitting). Consort to the God Vishnu, she is the Goddess of material and spiritual prosperity, wealth, fortune, and beauty. Her usual depiction shows her bestowing the coins of prosperity, flanked by elephants signifying royal power.  The Lotus symbolizes the fertile growth of all organic life, as the world is continually reborn on the Lotus which grows from Vishnu's navel.

The God of creation, Brahma, is usually depicted emerging from the Lotus that crawls from Vishnu's navel.  Brahma is the father of Manu, from which all humans are descended.  Brahma is said to be self-born in the Lotus.

The Lotus can emerge clean and pure from muddy waters. It represents wisdom and spiritual enlightenment.  The charity in a person who wants nothing in return.  The unopened bud of a Lotus represents a folded soul, that can unfold and open itself to the divine truth.

The Lotus is associated with faithfulness, purity, and spiritual awakening.  It also represents fortune, and is a symbol of rebirth.  When morning dawns, and the Lotus breaks the water's surface, it a suggestion of desire.  Desire that will lead to spiritual enlightenment.  It lives/grows in muddy water, and rises to bloom above the murk to gain enlightenment.

It also symbolizes purification.  The spirit is born into the murk.  For the faithful followers who work to rise above the murkiness, there is a purifying of the spirit.

People are born into a world where there is suffering, and it is a vital part of the human experience.  It strengthens us, and we learn from it.  It teaches us to resist evil. When evil is banished from our mind, we can break free of the murk and mire to become one with Buddha.  It shows us who we are.  We learn to choose the right path, and not the easier one.

The Lotus represents rebirth.  It represents a reincarnation.  The soul leaves this world in its' present form to be reborn in another.

The Lotus is associated with the 7th, or Crown Chakra.  Called the "Thousand Petal Lotus" by many, the Crown Chakra is our connection to the divine, to the light from above.  By meditating on the Kundalini it rises through the 7 energy centers or Chakras along the path of the spine, creating an awakening and spiritual experience at each center.  When it reaches the Crown Chakra, the most profound of mystical experiences can be achieved. 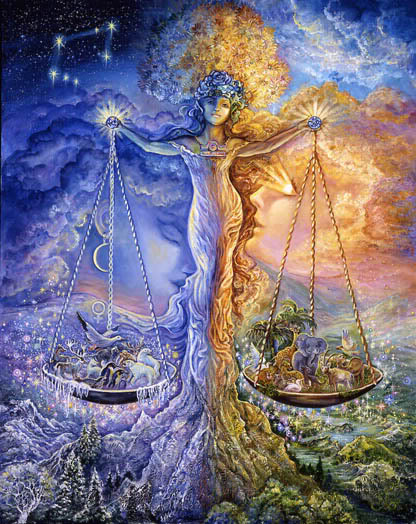 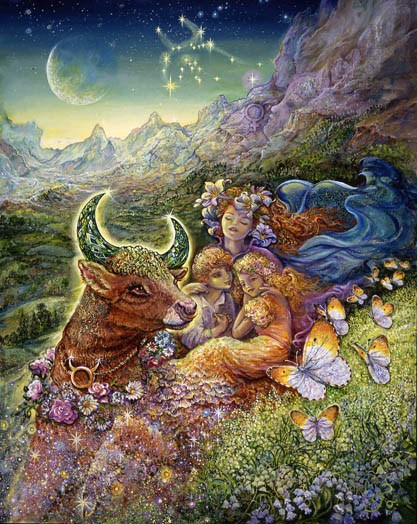 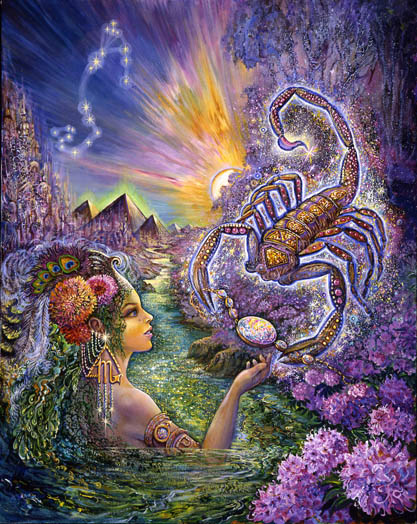